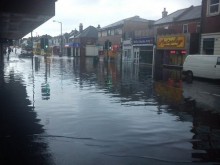 Bournemouth’s sewage system’s repeated inability to cope with excessive rainfall meant that on Thursday night businesses in Winton were flooded once again. The matter needs to be urgently addressed by the council and an adequate drainage solution put in place.

On Saturday morning I visited the affected area and found despondent shopkeepers who told me that this was a regular occurrence that has been going on, unaddressed, for years.

One shopkeeper showed me pictures of goods floating in filthy water, evidence of the large amount of stock he has lost.

Another business, that has only been trading in Winton for a matter of months, is considering moving because they are already having to replace ruined carpets and furniture for a second time.

Shop assistants and owners in each property told me that this time the flood water had gone right through from front to back.

This meant some were unable to trade at the weekend, resulting in further loss of revenue on top of the clear-up costs.

Some were unsure when they would reopen. One asked if the council could provide flood gates in front of the doors to prevent the water getting in.

Recent statistics from the Met Office statistics confirm average rainfall across the UK has increased by 13 per cent. Armed with this evidence, the council should be prepared for more frequent storms like this and while it may have been an unusually high amount of rain it should not have been unexpected.

Met Office warnings of thunderstorms and flash floods were in place, and water damage could have been prevented.

It is clear that the impact of urbanisation directly affects flooding and in Winton particularly, unlike the centre of town which has natural drainage in the form of gardens, the tarmac-covered high street and the absence of trees or greenery compounds the problems around Wimborne Road caused by these flash floods.

The Department of the Environment which enacted the Flood Act of 2010 which promotes sustainable drainage stated that “climate projections suggest that extreme weather will happen more frequently in the future”.

One suggestion for sustainable urban drainage is to replace impermeable surfaces with more permeable ones, allowing rainwater to drain directly into the ground.

While Wessex Water are responsible for the public sewage system they are not responsible for highway drainage and after inspecting the area they concluded that the flooding was not their responsibility.

The responsibility therefore lies with the council and until the council is able to address the problem it should consider, as a minimum, a rate rebate for those businesses.

I would also urge the council to clearly outline how they plan to increase sustainable urban drainage in Winton and what preventative measures they plan to put in place to reduce future disruption.

Following this, an Echo reporter spoke to shop owners and referenced Simon's letter.  The report can be read here.  Cllr Beesley's response to Simon's letter was also published in the Echo - this and subsequent email correspondence can be read in the Dorset Eye article  here.  An intereview with Simon broadcast on Radio Solent can be found on Simon's facebook page.

Photos below show Natalie Bennett, former Leader of the Green Party talking to a shopkeeper about his experience during the flooding, when she visited the area in early October. 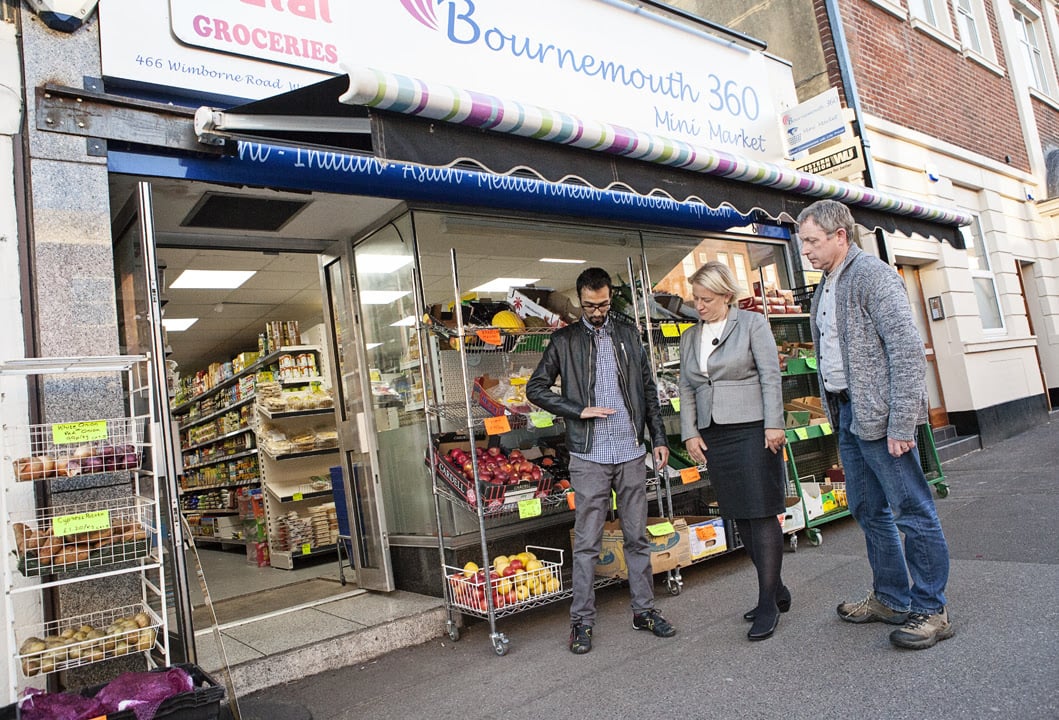