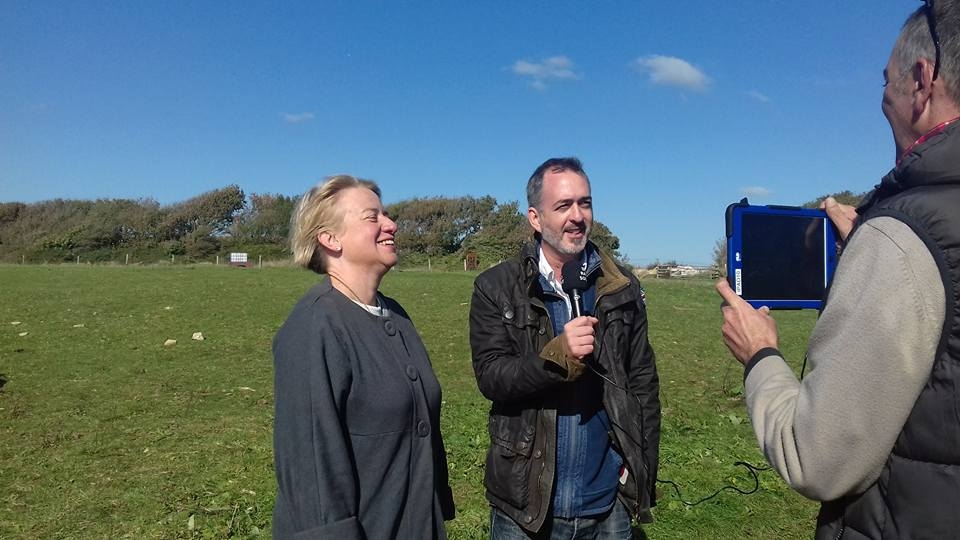 She began by making a trip to the Swanage Protection Camp, where protestors are camping out to prevent drilling for gas, before taking part in a debate at Bournemouth University on Trident renewal.

She completed her day with a short visit to local members and supporters of the local Green Party at the Buffalo Bar in Winton where Councillor Simon Bull officially thanked her for four years of service.  She was presented with a photograph of her at the Bournemouth conference with a message of thanks from us written into it.

The photograph shows Tristan, a Radio Solent reporter, who visited the Swanage Protection Camp, with Stuart Lane, our SEDGP Secretary and Chair of Fossil Free Dorset, and Natalie.  Radio Solent broadcast the interview, in which Natalie stressed the importance of investing in renewable energy rather than developing more reliance on fossil fuels.  The same message was given later in the programme when Molly Scott Cato, Green Party MEP for the South West was interviewed on air from Brussels.

Photos below show Natalie at the camp, and with local members and supporters in the evening at the Buffalo Bar, where she is holding the presentation photograph. 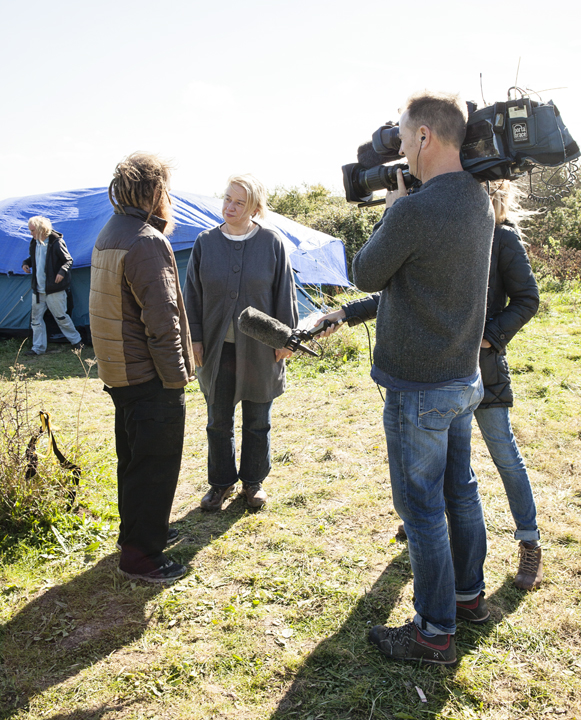 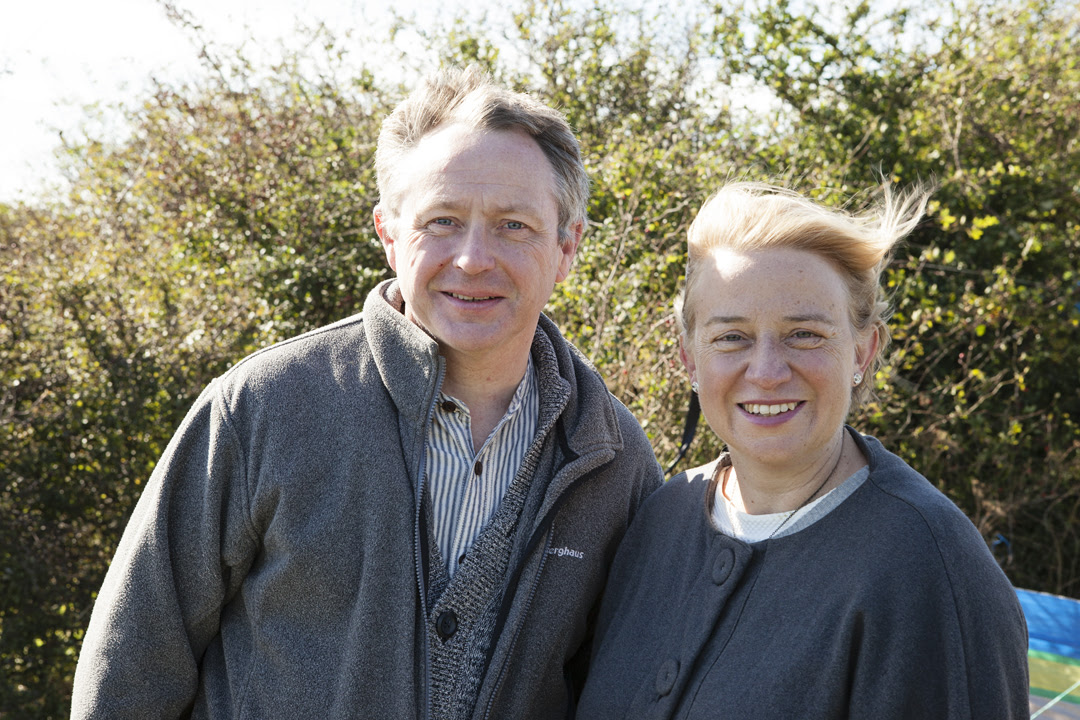 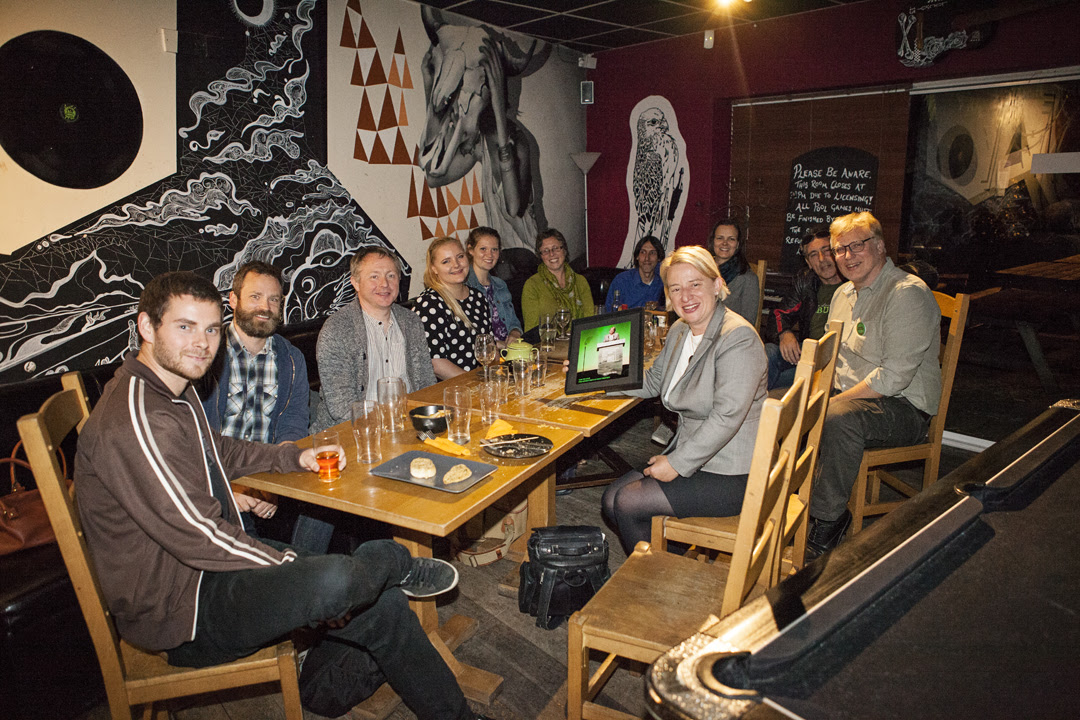