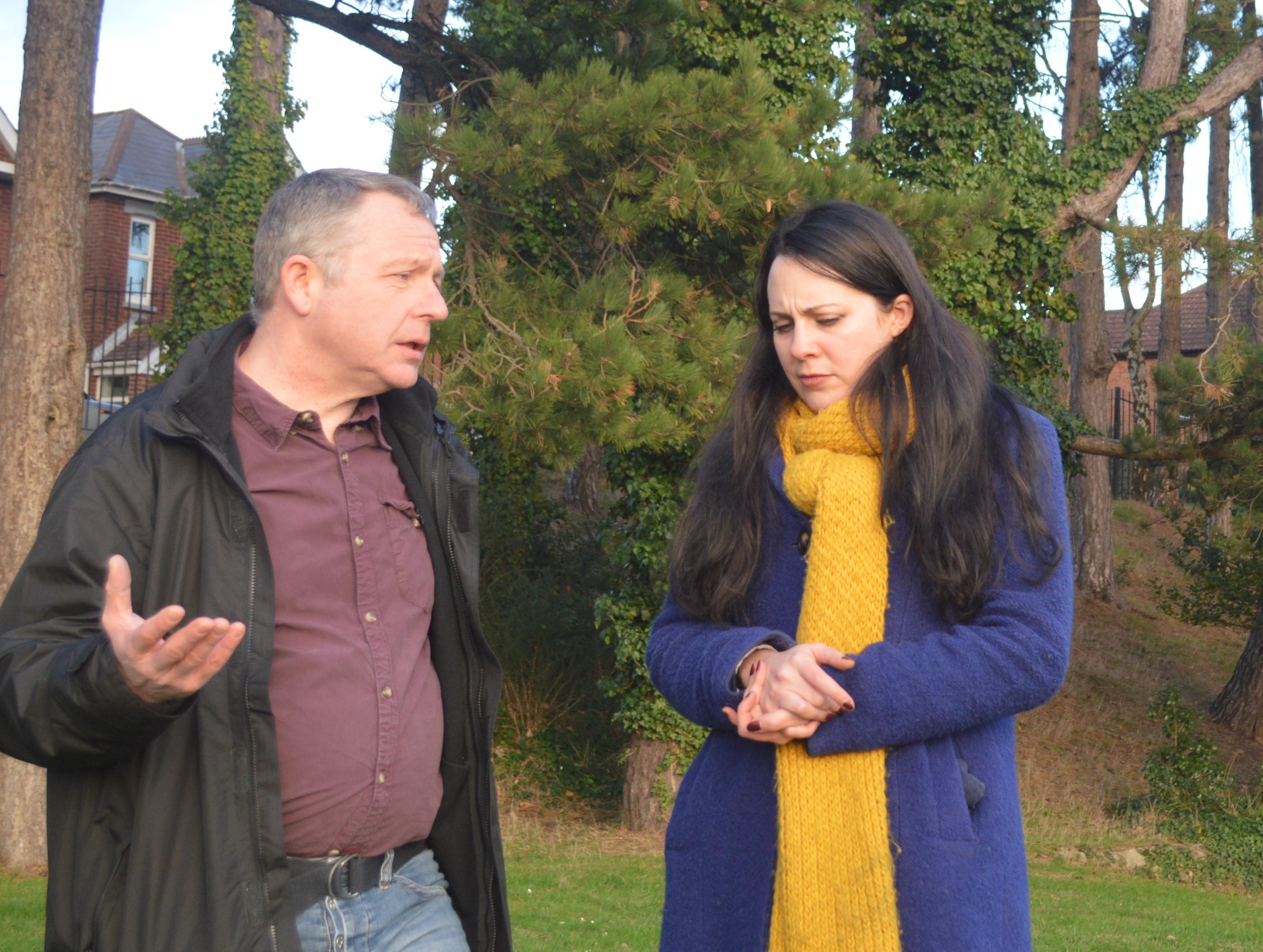 Simon Bull, Bournemouth’s only Green Party Councillor, and members of the local Green Party met the Deputy Leader of the Green Party on Tuesday 8th January 2018 for a busy day delivering leaflets in Simon’s ward of Winton East, followed by a Save our Shores meeting in the evening. Pictured are Simon and some of his team with the leaflet, which conveys Simon’s New Year greeting to residents, and can be viewed here. Also pictured is Simon with Amelia Womack, and below is his report of the day’s activities. 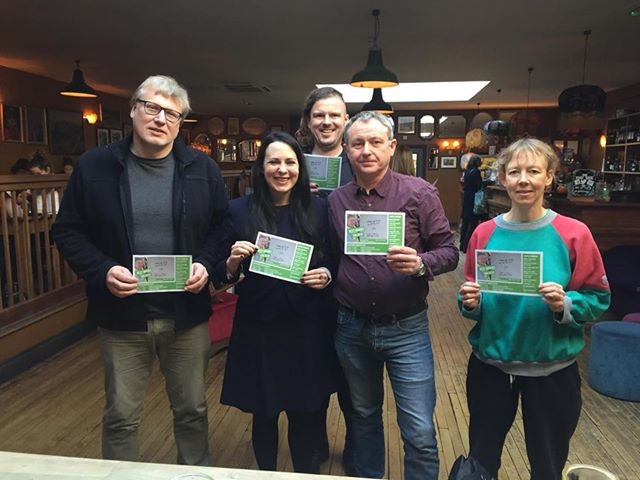 South East Dorset Green Party were delighted to host Amelia Womack, Deputy Leader, during her visit to Bournemouth on Tuesday. Amelia and local Green Party councillor Simon Bull were joined by local members and supporters as they delivered New Year cards and calendars to residents in the Winton East ward. They visited a local park for some photos and then met more members and supporters for a lively conversation covering many different areas of interest from local issues, the holistic review and, of course, Brexit.

The gathering then moved en masse to the Save Our Shores / Global Justice Bournemouth meeting. They obviously weren’t expecting the number of people that came, a hasty reshuffle of chairs and tables was needed before Amelia gave her insightful and informative talk. Her analogy about how small actions can have a great effect; like a penny push in an amusement arcade - you cannot be sure which coin will cause the big tumble of coins - gave us hope that we can influence change, we can push against the government’s policies that are causing our society to divide at a time when we need to come together.

Amelia’s encouragement that we can all get involved – you do not need a degree to do politics! Amelia was also able to let those of us who hadn’t heard know that the government had lost another vote; this time parliament voted against the World Trade Organisation option for Brexit. Amelia highlighted the lack of understanding that much of big business has around the climate crisis, how they seek to side step the issues by moving production rather than grasping the nettle and taking action to truly address the damage they are doing to our planet.

The deputy leader encouraged us to continue to oppose and challenge the proposed test oil rig off Bournemouth Beach, she reiterated what we know that fossil fuels should be left in the ground and that we need to be promoting renewal sources of energy. The oil field at Wytch Farm on the Purbeck is the biggest onshore oil field in Europe (Think about that for a moment). This test rig is looking at potentially a huge oil field that will encourage those who put profit before life itself, before their own future generations to continue polluting the land, the air, the sea, the planet. This small test oil rig does more than just threaten the seahorse breeding ground, seven miles of golden sands, the Purbeck, the Jurassic coast, the Isle of Wight, it threatens the future.

Of course she mentioned the Piers Morgan/small sausage/twisted knickers interview and the health issues around meat which he managed not to cover. Amelia spoke about the importance of having Green Party Councillors up and down the country challenging councils of whatever hue in the decisions they make. The silver bullet, she told us and I agree, for democracy is proportional representation – as she said the two places in Europe that don’t have it are here in the UK and in the Vatican.

Many thanks to Amelia for coming to see us, to all those who came along to the leafletting, the chat in the pub and to the meeting. It was a really productive day. A YouTube video of Amelia's talk can be viewed here.