Local Green Party members joined an estimated one million protesters who came from all corners of the UK to London to demand a fresh referendum on Brexit on Saturday 23rd March.  Organisers of the Put It to the People march said the protest could have been even bigger than the one against the Iraq war in February 2003. 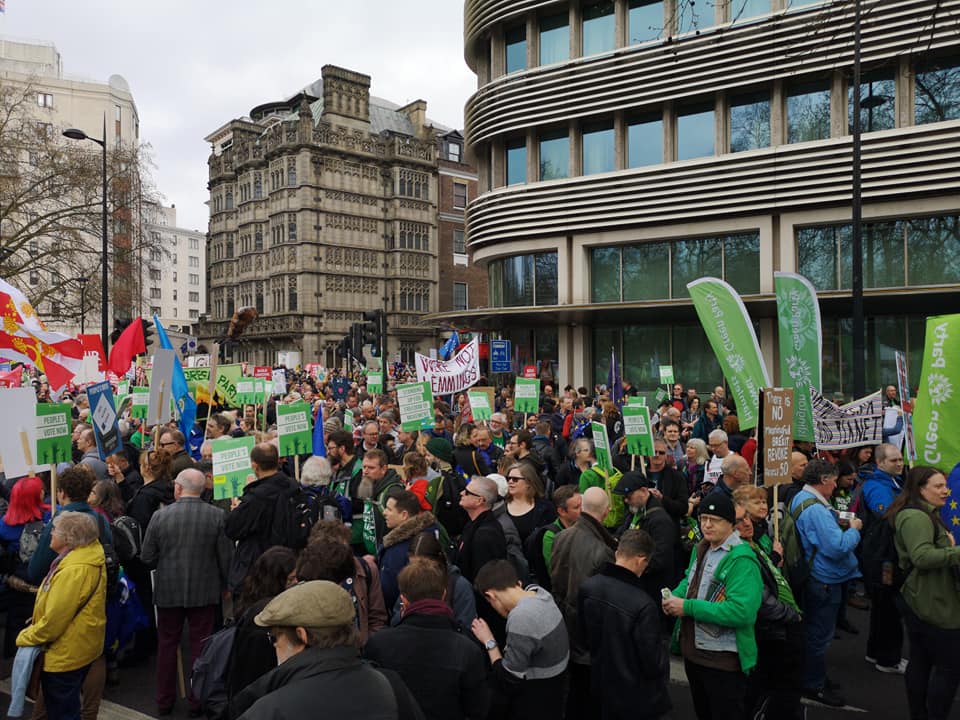 Caroline Lucas, Green MP for Brighton Pavilion and a People’s Vote advocate, said on Sunday: “Marches matter and our protest yesterday, one of the greatest demonstrations Britain has ever seen, was simply too big for anyone to ignore.

“MPs returning to Westminster for crucial votes on Brexit this week should hear the echo of a million voices demanding that any final deal is put to the people.

“Indeed, the scale and passion of this People’s Vote march shows there is a vast well of support in Britain for a positive pro-European case.”

The organisers of Saturday’s march demanding a fresh EU referendum, estimated to have drawn a crowd of more than 1 million people, have told MPs that it was too big to ignore.

The Put it to the People protest was one of the biggest demonstrations in recent British history. Members of the People’s Vote campaign group, which coordinated it, have expressed confidence that it will prove to have not been in vain. 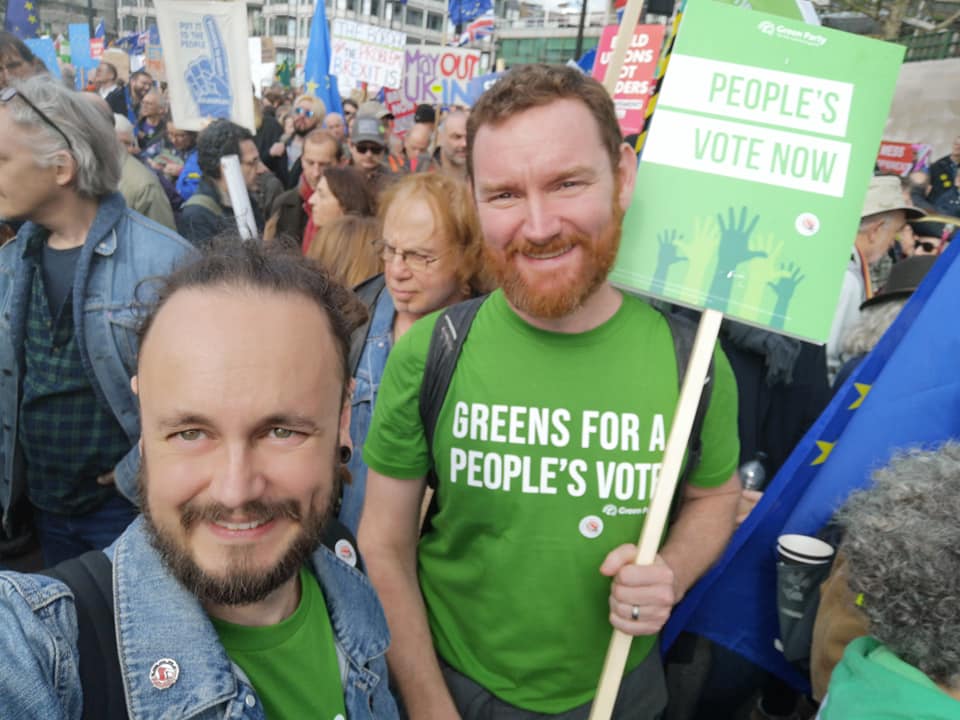 This photo shows local Green Party activists Chris and Alasdair at the demonstration.