Team Green Winton is a band of volunteers who have been helping Simon Bull and Chris Rigby in their campaign to be elected as councillors for Winton East in the new Bournemouth, Christchurch and Poole (BCP) Council. Simon was elected to Bournemouth Council in 2015 and hopes not only to retain his seat this time, but to welcome Chris to the council as well.

Team Green Winton has delivered thousands of items of literature and had many great doorstep conversations. They have reported a lot of support for Simon and Chris... and more window posters going up each day.

Many evenings and weekends have been spent in this work, and on Saturday, a day of action began and ended in the Conto Lounge in Winton. The end-of-day photo with Simon only shows a minority of the lovely people who passed through during the day. Chris Rigby was out around the ward getting more Vote Simon & Chris stakeboards up in front gardens. 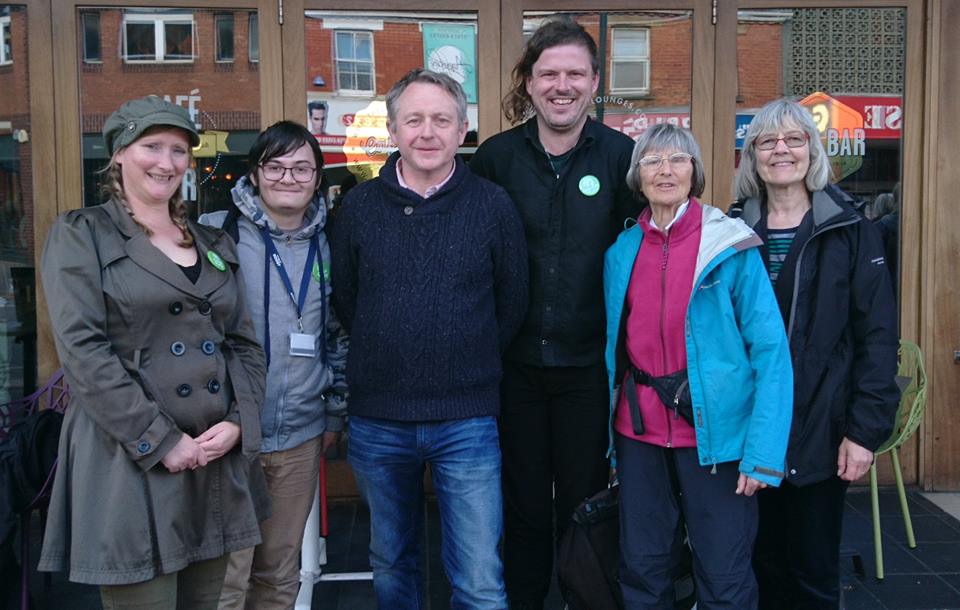 Canvassing continues to take place during the week right up until polling day on Thursday, and more leaflets will be hand-delivered to residents.

Simon and Chris are grateful to all their helpers and say that without their hard work such an intensive campaign would not be possible.

Molly Scott Cato, Green MEP for the South West, says “It’s vital that Councillor Simon Bull retains his seat. That Green in the room makes such a difference, especially keeping Councils up to speed on the Climate Emergency and action on air quality.”