Green Party candidates had a tremendous success across the whole conurbation in the local elections for the new Bournemouth, Christchurch and Poole (BCP) Council.  As well as electing two Councillors in the Winton East ward, we came second in the vote share across Bournemouth.  Results are shown in this video: top banner and covering text of this video,  [Twitter version | YouTube version] plus this table and covering text [Twitter version] 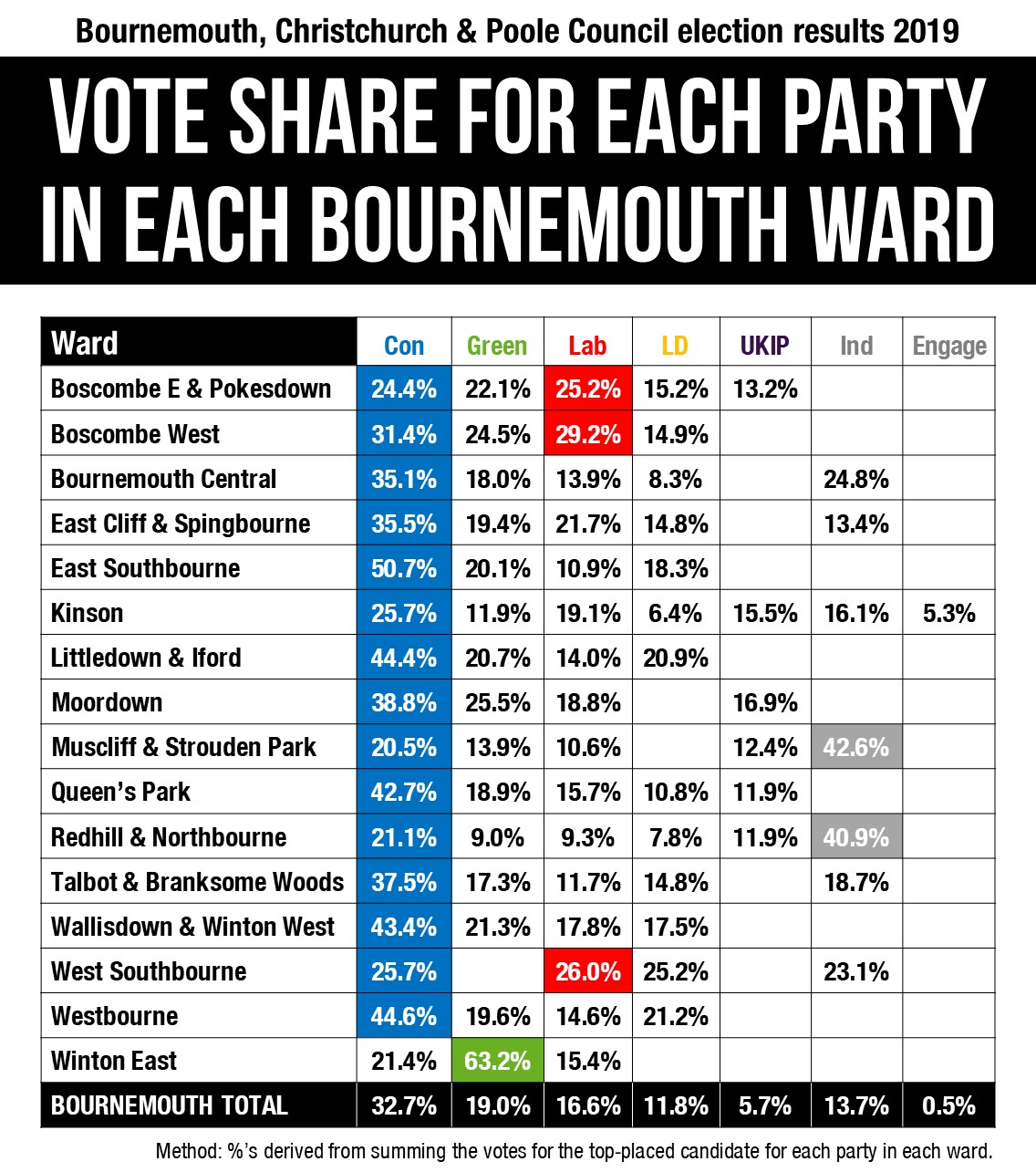 Our two Councillors, Simon Bull and Chris Rigby, had the two largest majority percentages in Bournemouth with 1385 votes (63.64% of voters) 1198 votes (55.06% of voters) respectively: Facebook | Twitter

Their first priority will be to put in a motion to declare a Climate Emergency, with action taken on it and policies put in place.  Their target is for Bournemouth, Christchurch and Poole to achieve zero carbon by 2025.  Facebook video with transcribed text | Twitter | YouTube

The Conservatives no longer have control of BCP Council – see the video on Facebook | Twitter | YouTube – showing numbers of seats in the covering text.  Our Green Party Councillors strongly support the possibility of a “rainbow coalition” and having cross-party talks with other friendly progressive parties - the Lib Dems, Independents, Poole People’s Party, Labour and the Alliance for Local Living.