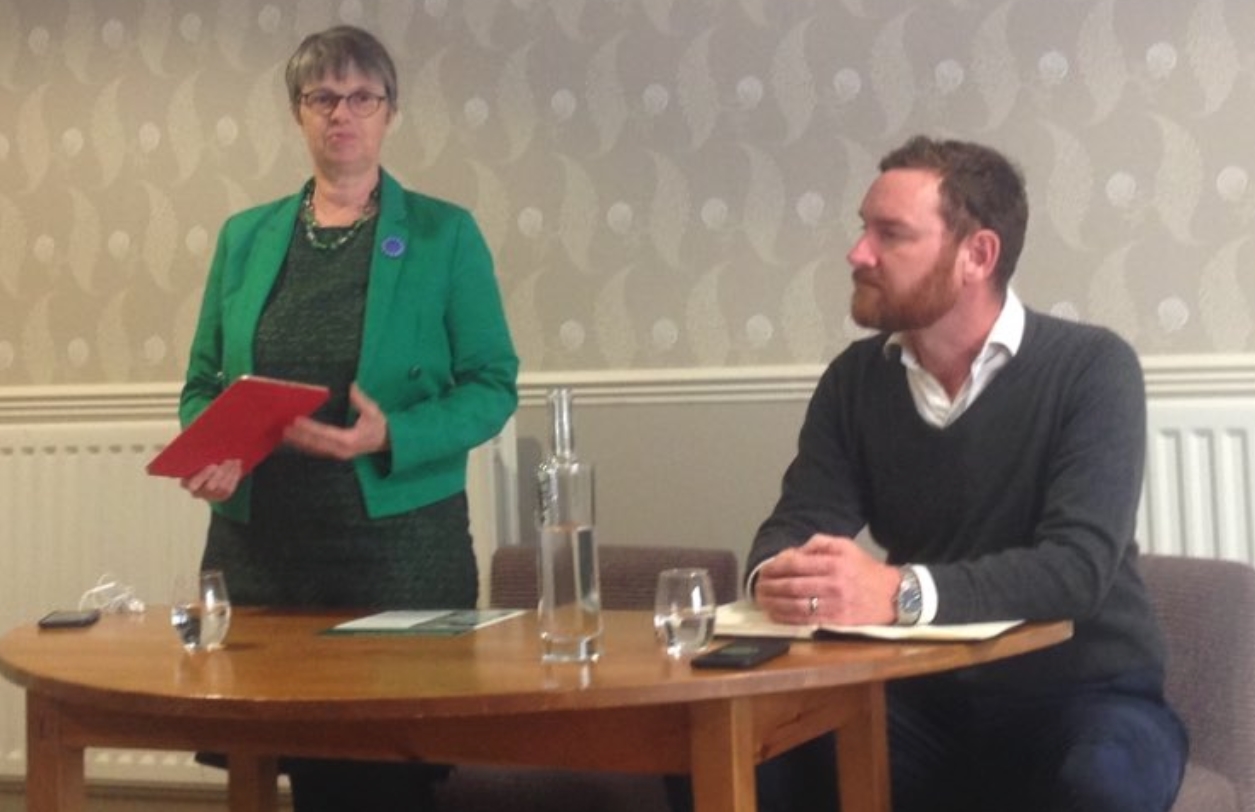 The plan will form part of the core demands by the 50+ strong Green group of MEPs in the next five years of the European Parliament. It comes on a day a new report by the Institute for Fiscal Studies says there are widening inequalities in pay, health and opportunities in the UK which is undermining trust in democracy.

Commenting, Molly Scott Cato, who has experience as a member of the European Parliament’s Special committee on financial crimes, tax evasion and tax avoidance, said:

“As Greens we are proud to have led on cracking down on corporate tax avoidance in Europe. But there’s still lots to do to build a more just and equal society. Today’s IFS report confirms that inequality in the UK continues to worsen and this is undermining our democracy. Tax dodging is not only contributing towards a more unequal society, it threatens the very foundations of our democracy.

“Multinational corporations use their power to dodge paying their share of taxes. They are therefore able to out-compete local independent businesses who do pay their taxes and fund the public services that the corporations rely on to help generate their profits. They are parasites who are not paying their way.”

“But big companies and the super-rich also enjoy tax benefits offered to them by EU Member States. Such benefits end up being paid for by ordinary citizens. EU governments must put an end to the downward spiral of tax competition.”

The 10-point plan by the Greens includes a European financial police force to end the money laundering that funds criminality in Europe; an EU-wide action plan to tax the super-rich; sanctioning of tax cheats who hide their money in tax havens and prioritising tax measures which tackle the climate emergency.

Read the 2-page summary tax plan here: click on a thumbnail below to open full-size in a new broswer tab. 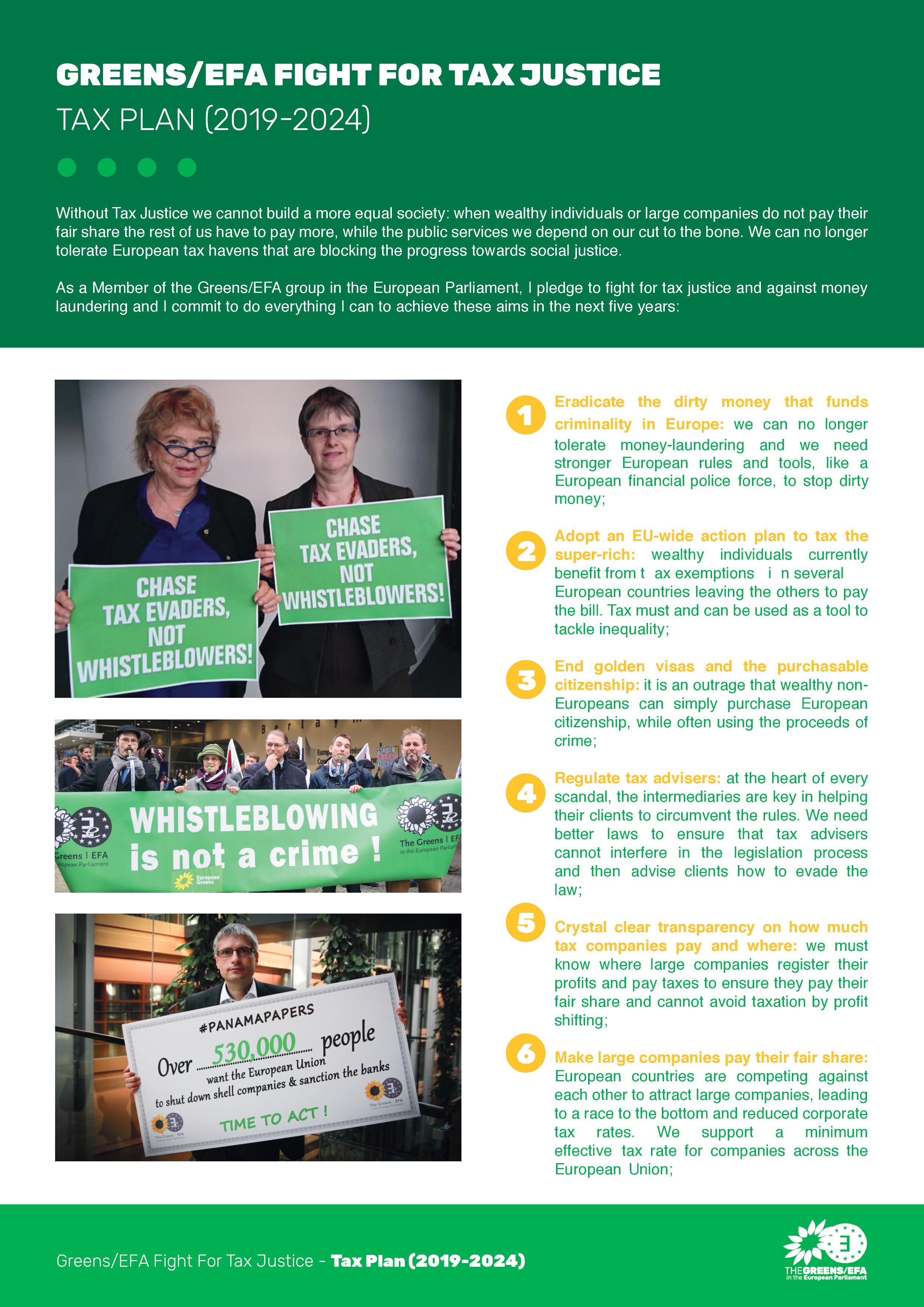 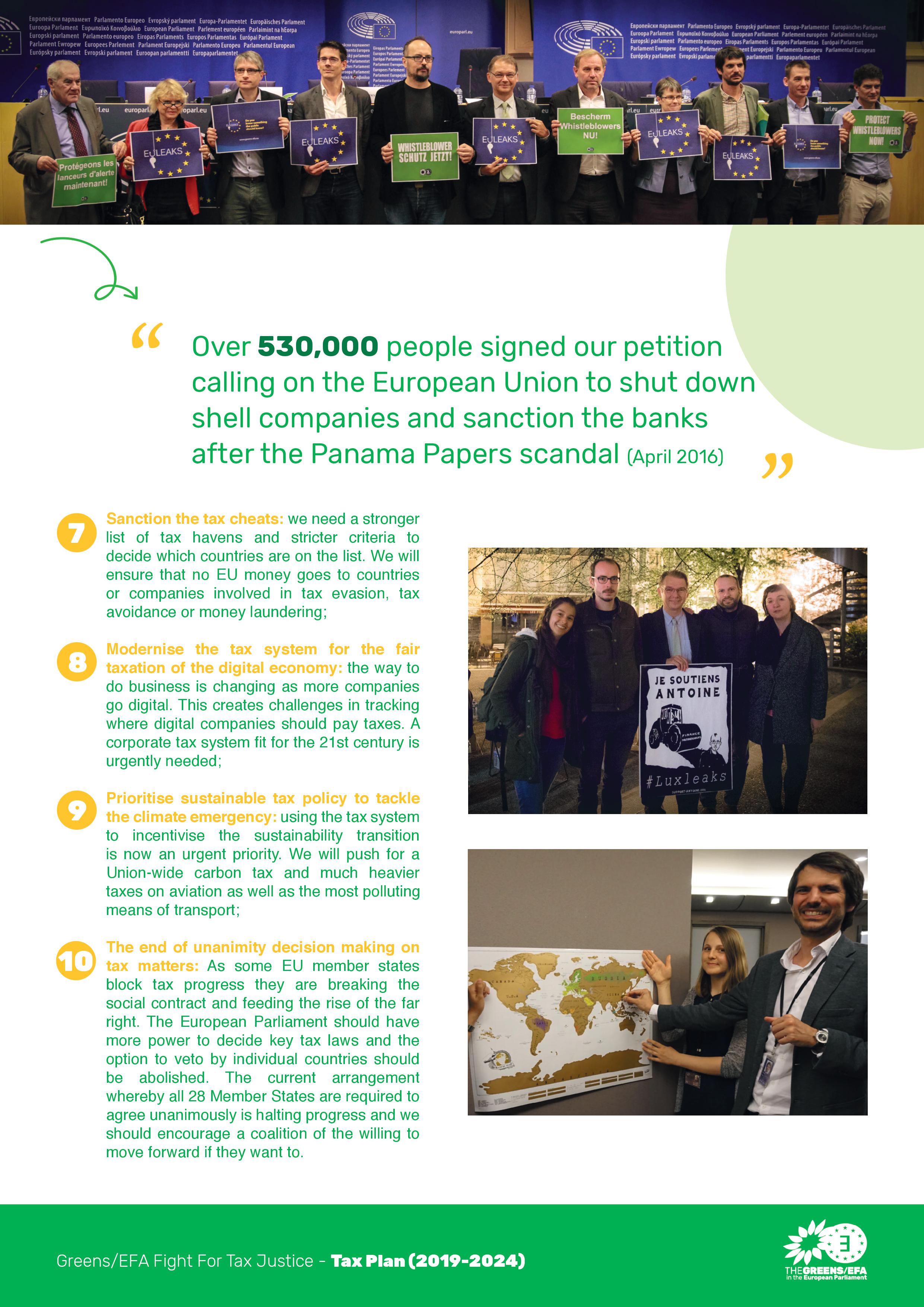