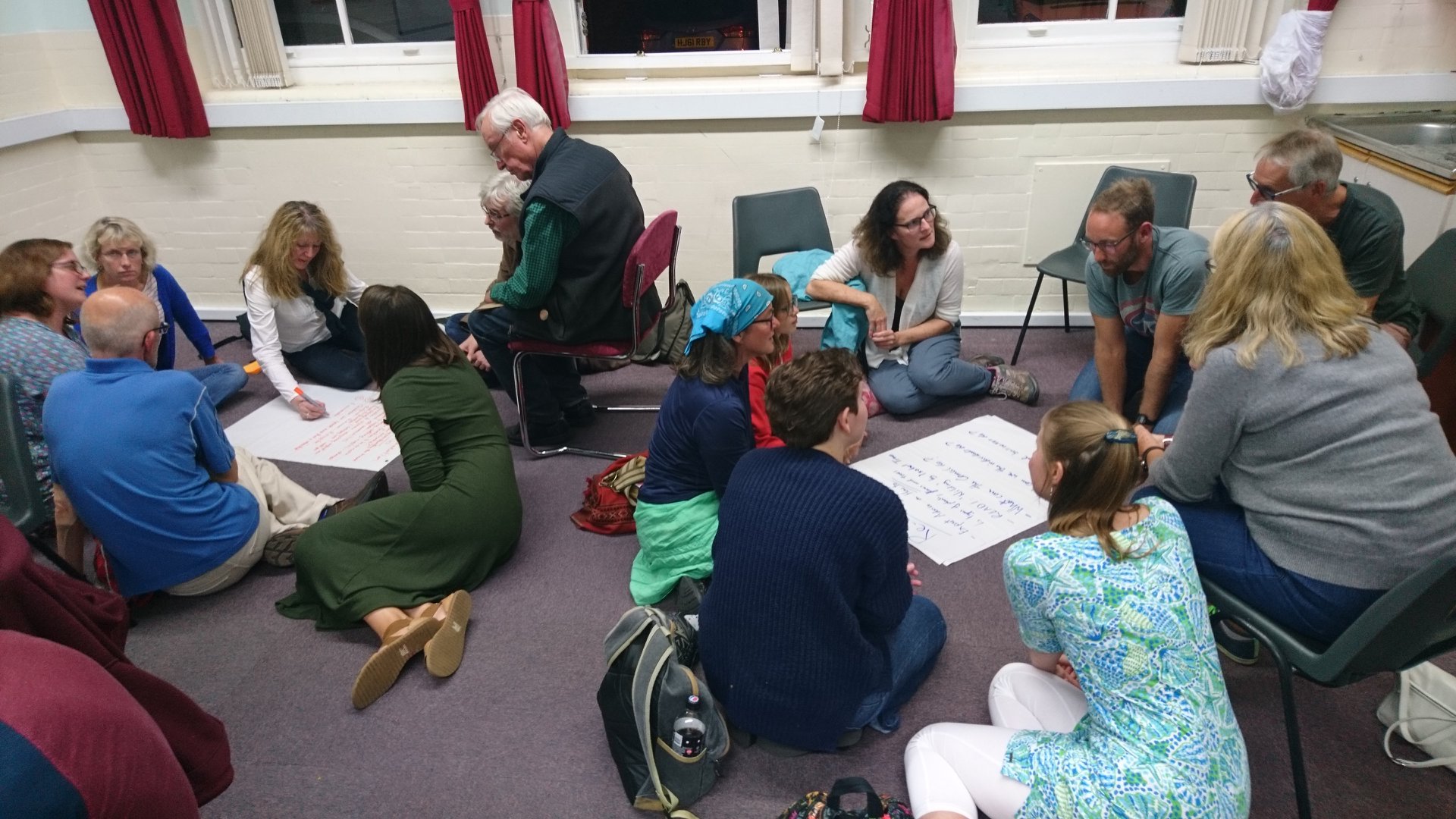 50-60 concerned local citizens attended a People's Assembly on 28th August hosted by the local Green Party, on the topic of what we can contribute to the local climate and ecological emergency in Bournemouth, Christchurch & Poole (BCP)[More photos of the event in action...]

Our first breakout groups were invited to form among people who didn't know each other so well, and to employ active listening to give every participant one minute's space to be listened to properly on their initial ideas about contributions to BCP's Climate & Ecological Emergency. We kept a record for plenary feedback using post-its, which you can view as a photo album.

In the second hour of the assembly, the participants self-organised into eight topic-based discussion groups, covering the following eight topics within BCP's Climate & Ecological Emergency:

Here are the flipchart writeups in .docx format, or you can view a photo album of the flipcharts themselves here.

In the meantime you can join the discussion on social media using the hashtag #PeoplesAssemblyBCP.