Action on Climate Change demonstrations in Bournemouth and Poole

Today, Friday 20th September, four million people across the globe took to the streets to urge governments worldwide to take action against climate change now. In this country the rally was organised by Youth Strike 4 Climate and the UK Student Climate Network.

In a day of coordinated global action, Australia saw some of the first protests with an estimated 300,000 students and workers filling the streets of Melbourne, Sydney and other cities in the biggest protests the country has seen in years. Students and environmental activists marched in New Delhi, India, one of the world's most polluted cities, Thailand's capital Bangkok, European capitals including Berlin and Warsaw, African capitals such as Nairobi, Kenya, and all across the United States.

An estimated 300,000 thousand people in towns and cities in the UK took part in demonstrations. In London, thousands of people from infants to grandparents blocked traffic outside the Houses of Parliament chanting “save our planet.” Caroline Lucas, Green MP, was among those addressing the crowds in London.

Here in Bournemouth, Alasdair Keddie, local SEDGP spokesperson and Greenpeace activist briefly took the microphone. But it was students and schoolchildren who took centre stage with their heartfelt pleas to the Government to take action on climate change now to protect the planet and their futures. They were supported by hundreds of local residents representing many different organisations, unions, environmental groups and political parties including the Green Party, Lib Dem and Labour. Other rallies were held locally in Poole and Christchurch, with parents, teachers and business owners taking part.

At 13.00 BST alarms were set off, and bells, gongs and drums were played to stage a “wake up” call to Governments to take action. 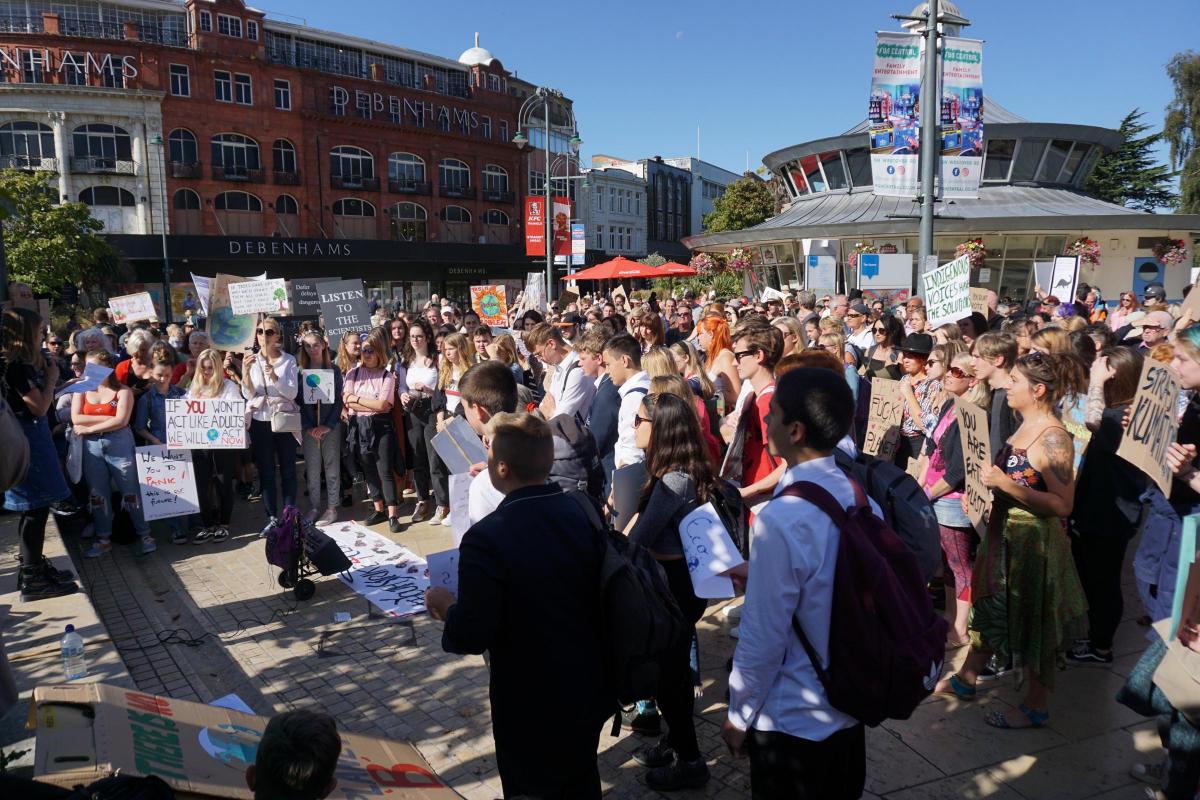 Picture credit: Bournemouth Echo. More photos of the day’s events can be seen at https://www.bournemouthecho.co.uk/news/17916980.hundreds-take-bournemouth-square-global-climate-strike/