Bournemouth, Christchurch & Poole (BCP) Council is refusing to support a switch of taxpayer-underwritten investments in the Dorset Pension Fund away from fossil fuel assets. Their unwillingness to divest from "unburnable" fossil fuels is a "reckless risk for local taxpayers", warn local Greens.

The Dorset Pension Fund has the second highest proportion of its investments in the fossil-fuel sector of any local authority pension fund in England. For most local authorities, their pension investments are their largest source of carbon emissions. 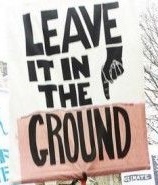 With renewables rapidly becoming the cheaper option, the bottom is inevitably going to fall out of the fossil-fuel market. At present, this would lead to a massive black hole in the Dorset Pension Fund, needing to be filled by large Council Tax hikes.

With 2030 the target date urged by scientists for carbon-neutrality to prevent catastrophic climate change, the fossil-fuel collapse could easily happen suddenly in a huge crash.

In a written answer to BCP Green Party, Conservative Leader Drew Mellor confirmed his administration is pursuing a strategy of "engagement" with fossil-fuel companies, whom they will mostly retain investments with. This reverses a direction of travel towards divestment set by the previous Green-backed Unity Alliance administration.

Local Government Pension Scheme payments to pension-age ex-Council staff are fixed in law. Typically, employee contributions cover about one-third of pension payments. It is the responsibility of each employer (local authority) to cover the gap, using investment funds. Therefore, if the value of the Dorset Pension Fund were to plunge, taxpayers in the county would be directly liable to cover the black hole.

In 2020, the Transition Pathway Initiative assessed 59 oil and gas producers, coal companies, and electricity groups on their preparedness for a lower-carbon economy. They found: "No major oil, gas or coal company is on track to align their business with the Paris climate goal of limiting the global temperature rise to well below 2°C by 2050." Additionally, local authority pension funds are too small-scale to fundamentally change the core business model of fossil-fuel giants.

BP, for example, claims that it can meet a "net zero" target while, for instance, continuing exploration, approving new extraction projects, relying on unproven carbon removal technologies, and declining to commit to an end date for extraction.

Alasdair Keddie, Co-Chair of BCP Green Party, commented: "Insurance giant Lloyds has published a report on the risks of holding onto investments in fossil fuels which are known by scientists, and increasingly by governments and consumers, to be unburnable - and therefore destined sooner or later to become near-worthless.

"There is a massive opportunity here for BCP and Dorset to follow the six other local authorities and half of UK universities who have already divested. BCP should be emulating those pioneering councils who are investing instead in socially useful local industries, such as sustainable travel and local social housing."

"Instead, with the backing of BCP's Conservative leadership, the Dorset Pension Fund paid financial consultants to come in and give their own industry a clean bill of health. Local Conservatives have used this dubious report to bury their heads in the sand. Their policy of inaction is reckless for the local taxpayer as well as the planet. It's also a serious issue for everyone concerned about future public services.

"The burning of fossil fuels causes more current deaths worldwide than smoking and malaria combined, and causes the looming emergency of possible human extinction. We have a moral duty to ourselves and future generations to pull every lever to move towards a healthier energy system. We, the public, elect the representatives who can make divestment happen.

"Residents across our conurbation and county are seriously concerned, and are right to be. I urge residents to write to their ward councillors and the Leader of the Council demanding better. And look out for future South West Action on Pensions activity if you'd like to get involved."

"Stranded assets" and the trouble ahead for fossil fuel investments

A "stranded asset" is something, such as a piece of equipment or a resource, that once had value or predicted income but no longer does, due to an external change - such as changes in technology, markets, or societal habits. When electricity quickly replaced oil lamps, both inventories of oil lamps and whale-oil fleets became stranded assets.

Scientists are clear that burning the Earth's fossil fuel reserves would massively exceed the world's "carbon budget" - that is, the amount of greenhouse gases that can be emitted which stays within acceptable grounds of global warming.

A dramatic drop in oil prices could cause the huge "carbon bubble" founded on long-term investments to burst. A 2018 study found that $1tn to $4tn could be wiped off the global economy in fossil fuel assets alone. In comparison, losses of 'merely' $250bn triggered the global financial crash of 2008.

A study by insurance giant Lloyds, focused on the implications of climate change for banking and insurance industries, identified the following risks:

The Carbon Tracker report highlights that some current new multi-billion pound fossil-fuel investments will require an oil price of over $80 per barrel to deliver a 15% return. The last time it was $80 a barrel was in 2014: 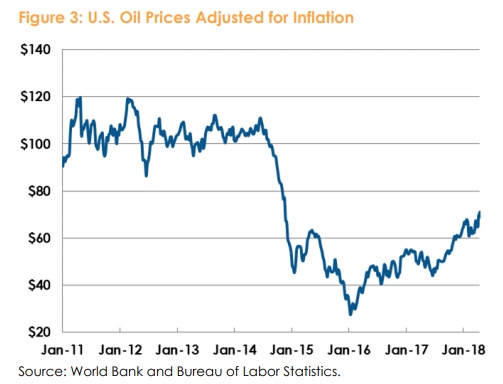 On the $1tn of investment by top-10 energy companies planned by 2030, a report by Bloomberg noted: "Some analysts and investors warn that the value of much of their infrastructure risks falling to zero" if governments "make good on tough targets for cutting greenhouse gas emissions".

Recent research found that the United States can reach 90% clean electricity by 2035 - without raising consumer costs at all from today's levels, and actually decreasing wholesale power costs by 10%. Prices of solar, wind, batteries and electric vehicles are dropping at around 20% for every doubling of capacity.

Which organisations have already divested, and where are they redirecting the investment?

Six local government pension funds, half of all UK universities, and over 1,250 institutions representing over $14.5 trillion in assets have already committed to going fossil free.

By divesting from fossil fuel holdings, Dorset's councils could free up capital that can be invested more usefully, boosting the Dorset economy, and providing public benefit, while potentially generating a higher return than fossil fuels will over the next generation. Pensions can be harnessed to drive the energy transition, create local jobs and support local innovation. Here are some examples:

You can email or write to relevant BCP councillors, telling them of your dismay at the needless risk to the local taxpayer from fossil fuel investments, and demanding that they back a switch to climate-friendly, socially beneficial alternative investments. Click on a link for full contact details.

The Conservative BCP members on the countywide Dorset Pension Fund Committee are:

The Leader of the Council, ultimately responsible for the committee appointments, and the author of the written answer confirming the BCP policy not to support divestment, is Drew Mellor.

A revolt by other councillors in the Conservative Group, if they become sufficiently concerned that they may lose votes from both financially concerned and climate-concerned residents in the next election, could also cause the leadership to change their minds. You can write to your own ward councillors. [Find their contact details...]