An estimated 200 people attended the Global Day for Climate Justice event in Bournemouth on Saturday 6th November. BCP Green Councillor Simon Bull was one of those giving speeches in Bournemouth, with a BCP Green Party bloc represented at the march and rally. 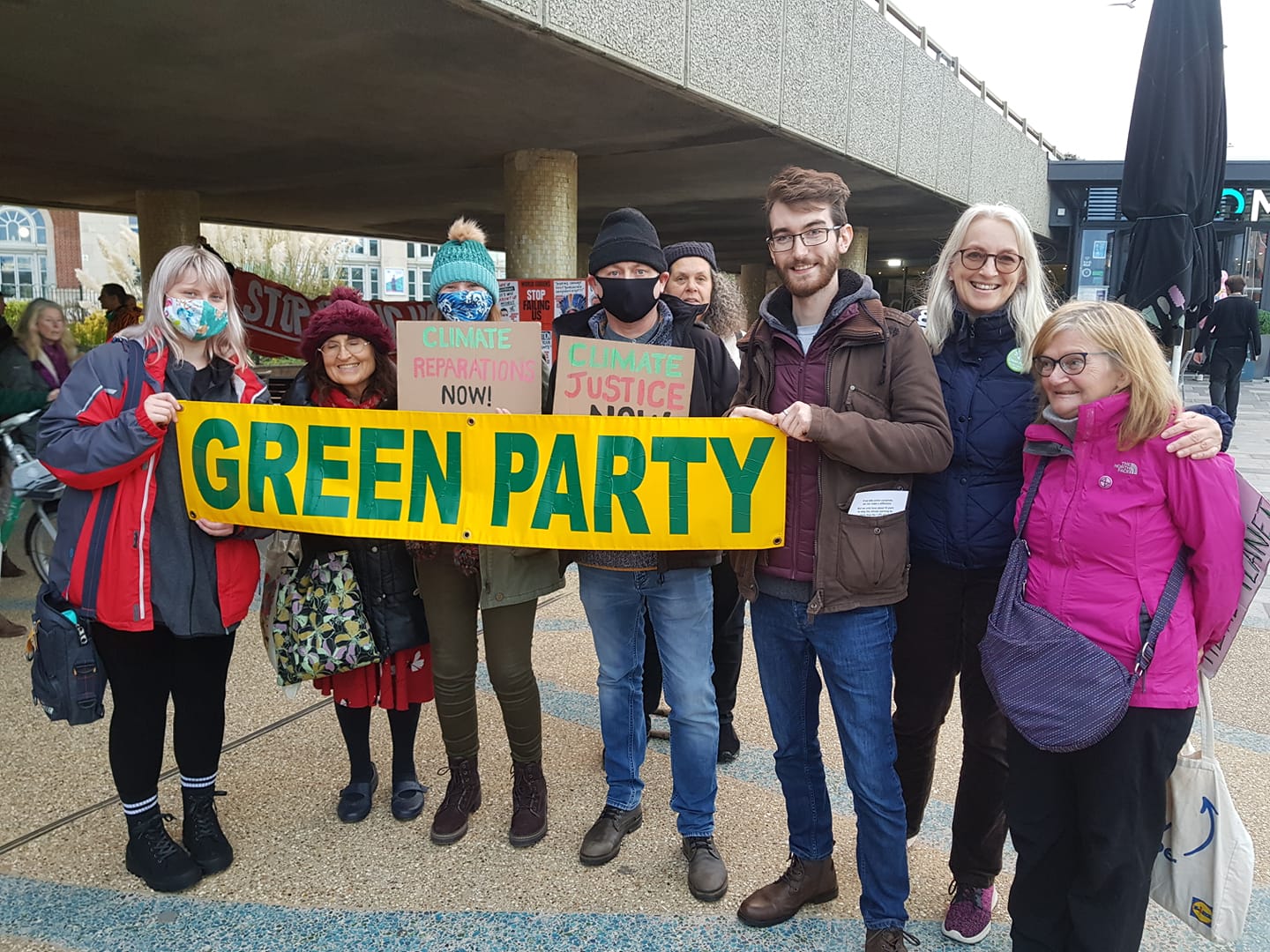 Meanwhile, BCP Green Party Co-Chairs Alasdair Keddie and Chris Rigby were in Glasgow, the venue of the UN COP26 Climate Change summit, where they caught up with Green Party MP Caroline Lucas: 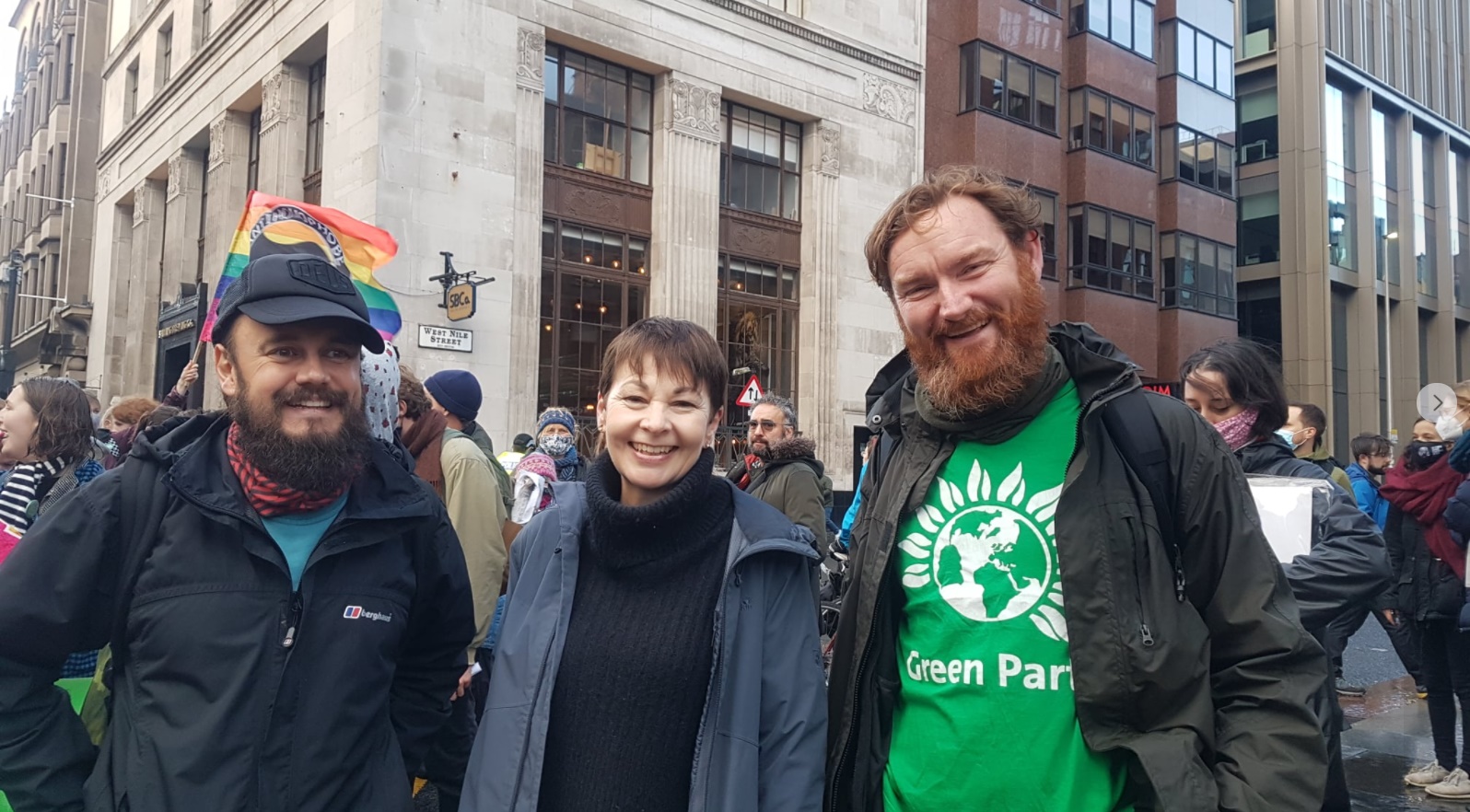 Alasdair Keddie said: "There were hundreds of us in the Green Bloc at the COP26 Climate March on Saturday. Our MP Caroline Lucas and Co-Leader Carla Denyer were leading from the front as always"

Chris Rigby said: "[The day before] I joined the Fridays for Future, youth strike for climate and marched through Glasgow with over 20,000 other people calling for real action on climate.

"It was incredibly humbling and moving to hear stories from ideginous people around the world and hear how fossil fuel extraction and deforestation is affecting them right now. The global south is suffering, and we need to join together to protect the people and their land from exploitation and the effects of climate change.

Hearing these stories first hand was such an emotional reminder of why I got involved in climate activism and why we must fight for climate and social justice."