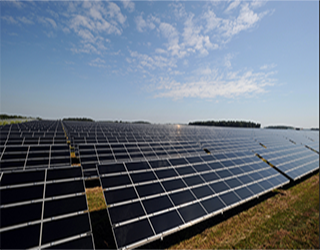 The South East Dorset Green Party has issued a statement of support for entrepreneur Trelawney Dampney who is planning a £50 million expansion to the green business he started from a tiny plot of land.  The Parley businessman has three major new plans, including one of the biggest solar farms in the country, for Eco Sustainable Solutions near Bournemouth Airport.

He now wants planning permission for hundreds of six foot high solar panels on a company-owned grazing field about 90 acres in size. The scheme would be worth more than £25m alone.

In a Press release the South East Dorset Green Party’s media officer Ryan Cleminson said this of the plans: “Mr. Dampney’s plan is the right thing to be backing and we support his plans for this 90 acre solar farm”.