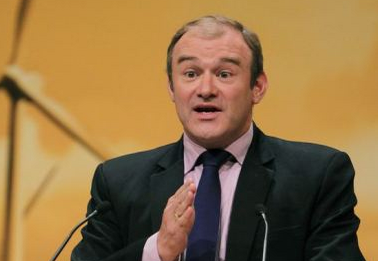 Energy Secretary Ed Davey has given planning consent to EDF to build a new nuclear facility at Hinkley Point C in Somerset.  No new facility to deal with the toxic waste has yet been agreed.

In 2006 he warned that a new generation of nuclear power stations would cost taxpayers and consumers "tens of billions".   Many countries have now rejected new nuclear  and the only two nuclear power stations under construction in Europe today  are billions of pounds over budget and facing increasing delays.

Green MP Caroline Lucas says,  "Nuclear is a dangerous distraction from the truly ambitious energy policy we need-  one which focuses on renewable energy and energy efficiency  and which would deliver more jobs, faster carbon reductions and a fundamentally more democratic  energy system fit for the future."