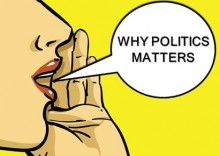 Members of South East Dorset Green Party were delighted to welcome their Party Leader to Bournemouth on Friday 27th September at an event organised by the Politics and Media School at Bournemouth University.

Ahead of Green Party Leader, Natalie Bennett, and as introduction to the debate on “Why Politics Matters”, graduate Felicity Pentland presented the results of her research into young voter apathy which was referenced by each of the speakers; Bob Ainsworth MP (Labour), Connor Burns MP (Conservative), Annette Brooke MP (Liberal Democrats) & Robin Grey PPC (UKIP).

Alongside encouraging more younger people to vote, especially at next year’s European elections where the Greens have the potential to secure their first MEP in the South West, Natalie also stressed the importance of engagement in the wider political process and, where necessary taking direct action (the party's MP and former leader Caroline Lucas was recently arrested for protesting against 'fracking' in Balcombe, Sussex).

After a lively Question and Answer session, students were able to talk to the speakers, as well as local party representatives, over light refreshments.