Applications are expected for a full licence for horizontal drilling from the shore. One of the oil corporations involved has publicly declared its glee at the projected fat profits for its shareholders from the continuing local ecocidal destruction.

The full phase of drilling will require a separate Government licence, so the community campaign to stop new oil drilling in Dorset now intensifies.

The test oil rig alone was permitted to dump up to 6,700 tonnes of drilling chemicals in Poole Bay. 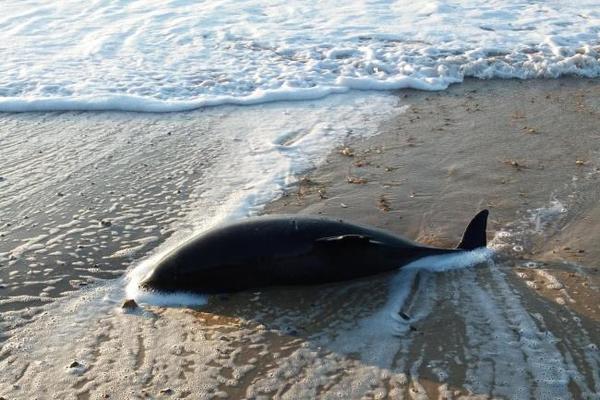 While the test oil rig was in position, two porpoises, two dolphins and a seal were found dead on beaches around Dorset and the Isle of Wight. The spike in the number of stranded washed-up bodies was highly unusual.

Serious concerns from charity wildlife experts about the possibility of a link between the spate of beachings and the presence of the oil rig were reported in The Times and the Bournemouth Echo. Local wildlife groups strongly opposed the oil rig from the start, partly because drilling noise can be disorienting for animals which rely on sonar to navigate.