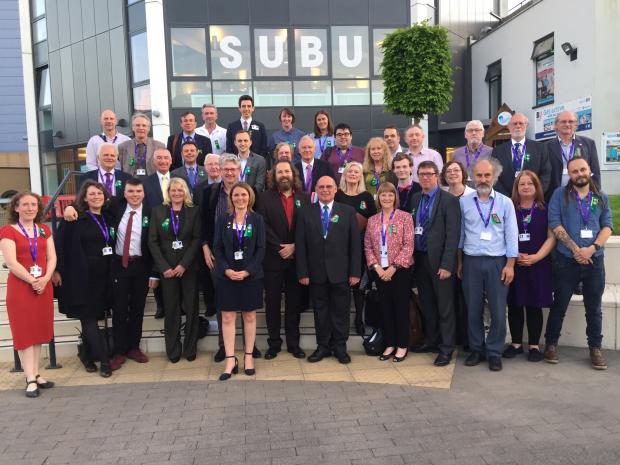 Following the council election in Bournemouth, Christchurch & Poole (BCP) on 2nd May in which the Conservatives lost their majority, a broad range of councillors from non-Conservative parties and groups have come together to take control of BCP Council and form a ‘Unity Alliance’.

The political picture varies sharply across the three towns of our conurbation. In Bournemouth, most councillors remain Conservative; the First Past the Post system gave the Conservatives 78% of Bournemouth seats on just 33% of votes cast. Standing up for Bournemouth’s interests on the new ‘super-council’, Chris Rigby leads ‘the Bournemouth Group’ of Greens teamed up with progressive independent councillors Kieron Wilson and Lisa Northover.

However the Conservatives lost a string of seats in Poole, while in Christchurch where the council merger is unpopular, they collapsed almost completely. 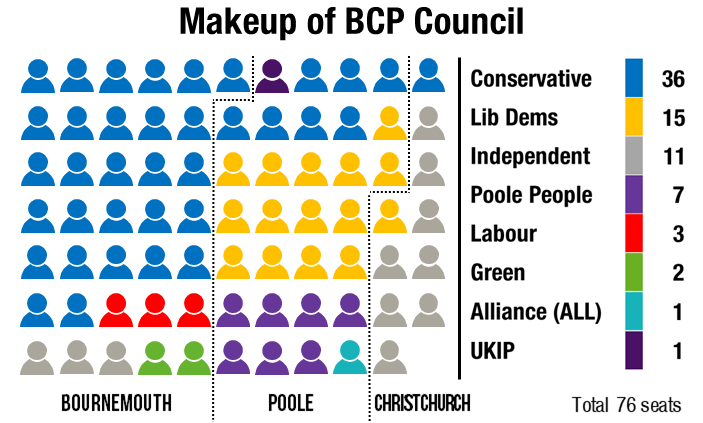 The Unity Alliance’s priorities include the climate and ecological emergency, equity across the conurbation, transparency and accountability, housing and homelessness, and protecting and enhancing the unique identities of Bournemouth, Christchurch and Poole.

Councillor Simon Bull commented: “The Unity Alliance marks a change in local politics. It is an administration that wants to listen to the residents and to have a positive impact on their lives.”

More on the Unity Alliance in the Bournemouth Echo: https://www.bournemouthecho.co.uk/news/17655078.unity-alliance-takes-control-of-bcp-council/