Walk and Talk at Holdenhurst 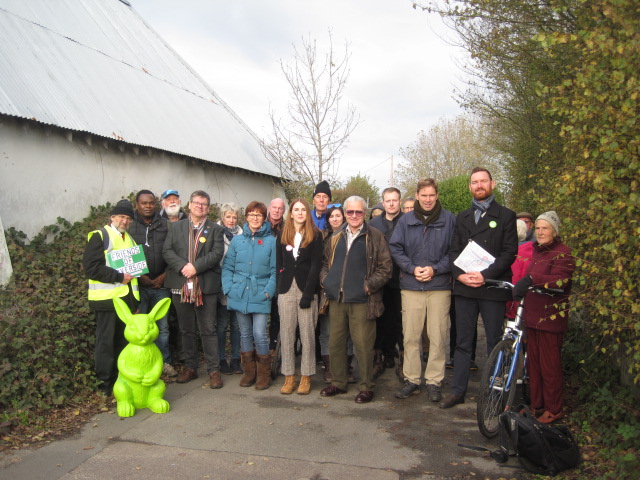 The candidates met with members of the public on Holdenhurst Village Green and then walked to the medieval Cob Barn, discussing the environmental, heritage and transport issues that face both this area of Bournemouth and the wider region. These include the risk to Riverside Avenue and the Holdenhurst Village Conservation Area (including to the Cob Barn), green belt and wildlife posed by the A338-Wessex Field Link proposals, the need for better bus and cycling provision, flooding and potential impact of future developments. All candidates commented on the beauty of the village and its surroundings and were in agreement that its natural and cultural heritage needed to be strongly protected from inappropriate development.

The event ended with a cup of tea and biscuits kindly provided by Wendy Sharp, Chair of Holdenhurst Village Parish Meeting.  Conor said the event had been a great success and Wendy agreed that it was good to hear the candidates' agreement on environment & heritage.