Badger culling is to be banned on BCP Council land, following a vote by councillors last night in favour of a motion seconded by Green Councillor Chris Rigby.

Dorset was the third English county to have badger culls introduced, in 2015. The vote by BCP councillors extends a ban already in force in Poole, but never adopted by the former councils for Bournemouth or Christchurch.

The ban was proposed by the former Leader of BCP Council, Liberal Democrat Vikki Slade, previously responsible in 2014 for Poole's ban.

She told councillors: "Whilst much of the badger culling takes place outside of the conurbation, there are areas, particularly to the north, where it is possible for badgers to be shot. 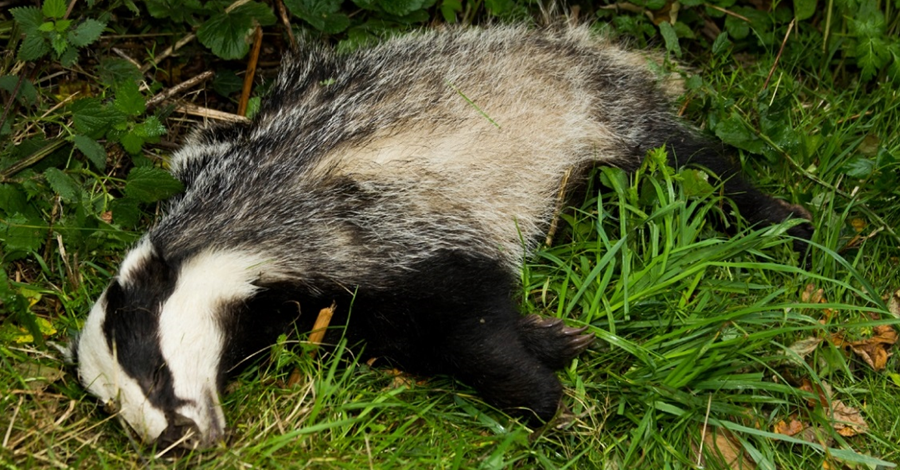 "The vast majority of badgers that are culled each year are shot, in open ground. That means that there is no knowledge about whether those badgers are actually carrying the [Bovine TB] disease. It can actually cause badgers to flee, and diseased badgers then spreading it to other areas. Badgers that are then killed are not tested, post mortem to see whether they did have the disease. And the evidence suggests that the incidence of transmission between badgers and cattle has not significantly fallen in the areas where the badger culls have been taking place - such that the EU are actually prosecuting the UK for their failure to conduct the badger cull in a humane way.

"DEFRA have confirmed that they will be stopping the badger cull, but it's clearly not a priority at the moment, and until such time as it is agreed to be stopped, year on year further areas are being added to the badger cull area. And we are seeing between five and eight hundred badgers killed each year, with no evidence that they were carrying the disease, and no significant impact upon the health of cattle. There are now vaccinations available for cattle.

"The badger cull has been found to be cruel and inhumane, with 80% of badgers taking more than five minutes to die. It's not appropriate in the 21st Century that we should be enabling this kind of thing on their land."

The full text of the motion passed follows:

Badger culling was piloted in England in 2013 as an attempt to reduce the devastation of Tuberculosis in cattle.  In Summer 2014, Borough of Poole passed a motion which banned the culling of Badgers on land owned by the council, whether it was managed directly or leased to others.  It does not appear that any of the other legacy councils in this area has passed such a motion.

In 2015 the cull was formally extended to parts of Dorset and between 2016 and 2019 a further 39 areas of the country were included and earlier in 2020 an additional ten areas in the ‘High Risk and Edge’ areas will also become part of the area where the culling of badgers is lawful.

While there is no doubt that Bovine TB causes damage to farming and it is imperative that a solution to this problem must be found, there is plenty of evidence which demonstrates that culling badgers is expensive, ineffective and inhumane.

The Wildlife Trust, which manage land on behalf of BCP Council have opposed the badger cull since it first started and will not allow culling on any land that it owns.  They believe that far from resolving the problem of badger culling it could actually be making the problem worse as they do not believe that badger to cattle transmission is the primary cause of the spread of TB in cattle.

We stand with tenant farmers, landowners and farming businesses in calling for an effective long-term solution to this disease which is one of the UKs greatest animal health threats but believe that in line with the Godfray Review alternatives must be brought forward to stop the repeated culling of badgers.

In 2019, 563 badgers were killed in Dorset during the cull but the animals are not routinely tested after death to know whether any of them were infected with Bovine TB.  Studies carried out by a number of universities suggest that the prevalence of TB in culled badgers is between 1% and 3.8%.

This council therefore resolves to:

ii) offers access to Dorset Wildlife Trust, Badger Trust and other professionals to land for the purpose of badger vaccination

iv) ask the portfolio holder to write to DEFRA to accelerate research into alternatives to control TB in cattle.

Green Councillor Simon Bull contributed during the debate: "I will be supporting this motion against the ineffective and inhumane practice nationwide. I certainly support the motion to ban it in BCP."

Chris Rigby commented after the vote: "I was pleased to learn during the meeting that we have badgers living in Queen's Park and Kings Park. I've not seen the evidence myself, so I'm going to take a bit of an explore this weekend to see if I can find any evidence of sets."