Poison on our Pavements 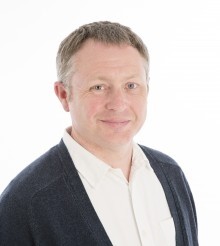 Last week Cllr Simon Bull, Bournemouth’s only Green Party Councillor, asked what the chemical was that he had seen being used to treat weeds on public pavements. Cllr Michael Filer, Cabinet Member for Cleansing and Waste, confirmed that Glyphosate was being used, and stated that it is fully approved by the Chemicals Regulation Directorate for use in public areas, and as it is not classed as irritant or harmful, there is no requirement to exclude animals or people from treated areas.

Cllr Bull, however, is concerned that, although Glyphosate is used liberally in the streets and parks of many towns and cities to control grass and weeds, it has been classified by the International Agency for Research on Cancer (IARC), an arm of the World Health Organisation (WHO), as "probably carcinogenic to humans". There is also the possibility that it is harmful to the local ecosystem, as it vaporises or enters water courses, which would affect local water supplies for Bournemouth residents. Studies have shown harmful effects on honey bee colonies, essential to our food production, and monarch butterflies.

This chemical has also been linked with a variety of health problems such as cancer, birth defects, kidney failure, celiac disease, colitis and autism, and is banned in several European countries including Denmark, Holland and Sweden.

Cllr Bull requested the Council to consider its duty towards safeguarding the health of its residents, and to research alternative methods of controlling weeds. Other towns which have recently stopped using Glyphosate include Brighton and Bristol, which is trialling horticultural vinegar as an alternative.

Molly Scott Cato, Green MEP for the South West of England, has reported that last week Green MEPs won support in the European Parliament for restrictions on the use of Glyphosate.

The Council's response was reported in the Bournemouth Echo:  http://www.bournemouthecho.co.uk/news/14451621.Here_s_how_much_glyphosate_has_been_used_in_Bournemouth__and_why_council_says_it_s_safe_/?ref=mr&lp=11